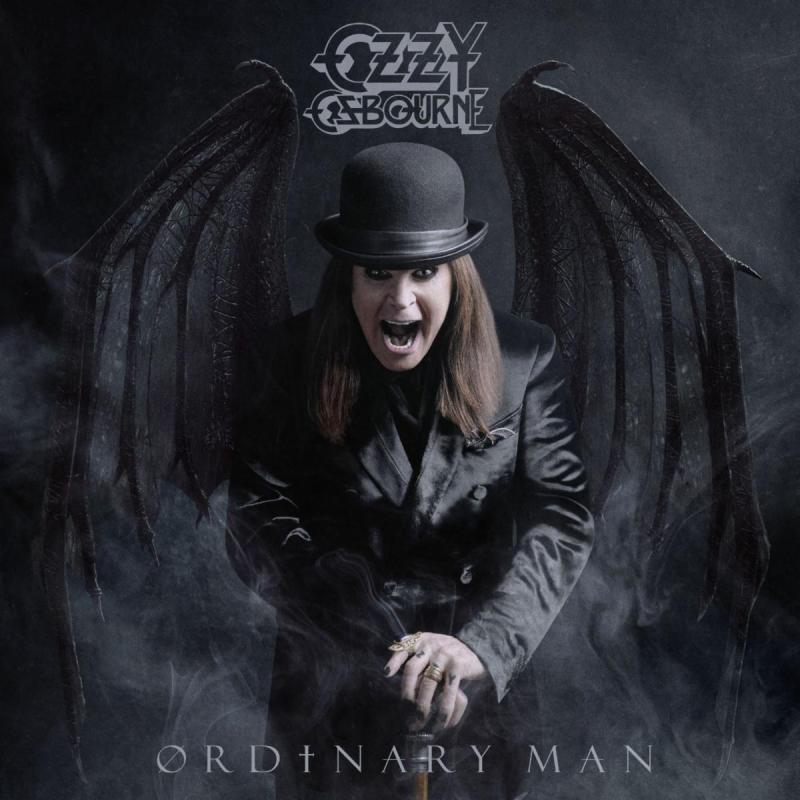 Ozzy Osbourne has lived a life that’s anything but ordinary. He has spent the last 50+ years as the godfather of heavy metal, first with the genre-defining Black Sabbath and then with his successful solo career. He even became a reality TV star in the 21st Century. All the while, Osbourne has been the self-appointed “Rock ‘n’ Roll Rebel,” living a life that, by his own admission, probably should have caught up with him long ago.

However, Osbourne has had a rough two years. He had to postpone his farewell tour after suffering a fall, in addition to dealing with a staph infection, the flu and bronchitis. Osbourne also revealed that he was recently diagnosed with Parkinson’s Disease.

With the state he was in, any new music from Osbourne seemed like a long shot. However, inspired by a popular 2019 collaboration with rapper Post Malone, Osbourne assembled an all-star lineup and recorded his first new music since Black Sabbath’s 2013 reunion record 13 and his first solo material since 2010’s Scream.

Entitled Ordinary Man, the album was recorded in less than a month and released in February 2020. Osbourne has called the record “a gift from [his] higher power” and “proof that you should never give up,” while crediting it with “saving [his] life.”

After listening to the record, it’s clear that even at 71, the Prince of Darkness has still got it.

Osbourne is the star of Ordinary Man, but the rest of the personnel on the album reads like a who’s who of rock. Duff McKagan (Guns N’ Roses) and Chad Smith (Red Hot Chili Peppers, Chickenfoot) anchor the rhythm section, and there are guest appearances from Slash (Guns N’ Roses), Tom Morello (Rage Against the Machine, Audioslave), Post Malone and even Sir Elton John across the album.

Osbourne has a history of working with some of the best guitar players in history, from Tony Iommi to the late Randy Rhoads to Zakk Wylde. In that respect, the decision to use Post Malone’s producer and occasional guitarist, Andrew Watt, on guitar initially seems disappointing. Watt has some big shoes to fill, and although he doesn’t compare to the pantheon of previous Ozzy guitarists, he more than holds his own. The record starts with “Straight to Hell,” a single that begins with a choir and keyboards (played by YouTube star Charlie Puth). Slash plays guitar on this one, and gets things going with a driving riff. It’s classic Ozzy, from the distorted guitar to the stomping rhythm section to Osbourne’s familiar refrain of “Alright now!”. In a twist of fate, Ozzy is singing an anti-drug song this time around, but sounds as chilling and strong as ever. It’s an excellent opener for the record, and sets the pace early. “All My Life” follows, and it’s a song that should have been a single. Osbourne delivers some of his most self-reflective lyrics (a theme that permeates the record) in a song that starts off as a ballad before culminating in a catchy rock chorus. This song is pure ‘90s era Ozzy, and could easily fit on No More Tears or Ozzmosis. Watt also delivers two strong solos on the song – he isn’t the next Rhoads or Wylde, but he proved he is capable of playing beside Osbourne. The album continues to roll with “Goodbye,” a song that combines aspects of Ozzy’s Black Sabbath days and his solo career. The track starts off with an Iron Man-style drum beat and Osbourne’s gloomy lyrics reminiscent of “Diary of a Madman.” Then, the tempo shifts into a rapid Sabbath-style interlude and a wailing solo from Watt. Nothing is really new here, but that’s not a bad thing – it sounds like Ozzy.

Osbourne has released his fair share of ballads, and some have hit while others have missed. However, “Ordinary Man” is in the “Mama, I’m Coming Home” and “Goodbye to Romance” class. Elton John plays piano on the track and sings the second verse. It’s odd to hear Osbourne and John, who have lived two of the most legendary lives in rock, sing about not wanting to be forgotten, but it features them at their most vulnerable. The song is one of the most heartfelt Osbourne has ever released. Slash also plays on the song, which elevates it even higher. If this album is Ozzy’s last, “Ordinary Man” is his indelible swan song. The album continues with “Under the Graveyard,” which was released as the album’s first single. It’s an odd choice, given the song’s slow build and depressing lyrics (even for Ozzy). Even the solo from Watt is fairly underwhelming. The song isn’t bad, but is a little too modern. The autotune on Ozzy’s voice is heavy, and it almost comes off as the rock version of Post Malone’s “Take What You Want.” The next song, “Eat Me” redeems things a bit. It starts with Osbourne’s harmonica, a tribute to his blues influences. The song is also McKagan’s spotlight, featuring a rumbling bass line. Although the cannibalistic lyrics are kitschy, Ozzy is one of the few that can pull them off. The album’s first real skippable track, “Today is the End” comes next. The lyrical theme is tired and the chorus sounds too much like an attempt at pop. Osbourne has stated that he writes his best songs about death, but it gets stale here. The record gets back on track with “Scary Little Green Men.” Tom Morello guests on guitar here, and plays a “Killer of Giants”-style lead that fits the sci-fi theme (fans of Ozzy’s TV days will remember his obsession with aliens and UFOs). Although the lyrics are strange, Ozzy delivers a compelling chorus, and the performances from Morello and Smith hold it down. It’s the hidden highlight of the record’s B-side. Unfortunately, the album doesn’t end as strong. “Holy for Tonight” is another generic gloomy song about one’s mortality that can be skipped, and “It’s a Raid” (featuring Post Malone) doesn’t live up to the hype. The memorable chorus is almost Green Day-style punk, but the song is ruined by a terrible overuse of autotune, distorted production and Ozzy and Post’s incessant profanity. The album also includes a bonus track, Post Malone’s collab with Ozzy, “Take What You Want,” but it doesn’t fit with the rest of the record.

Although the A-side of Ordinary Man is mostly a winner, the B-side is far more inconsistent. However, the album’s highlights are some of Osbourne’s best work in decades. All in all, it’s a solid album for a 71-year-old Ozzy. Longtime fans will have some quibbles, but they should also be grateful for any new music from Ozzy at this point. Making the record had a therapeutic effect on Osbourne, and if he’s happy, that’s all that fans should care about.

One thing’s for sure: The Prince of Darkness isn’t going away anytime soon.