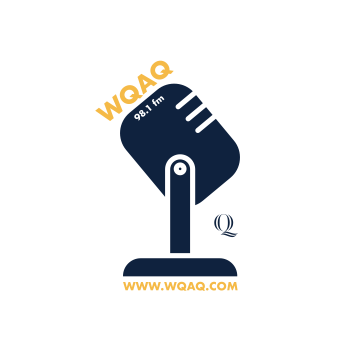 Vocaloid Producer of the Week: Mitchie-M

Felicitations members of the Quinnipiac Community! DJ T-Meister back again with another Vocaloid-based article for y’all! This week will be the beginning of a series of weekly articles titled “Vocaloid Producer of the Week” where I’ll be breaking down what you should know about some of the fabulous producers behind Vocaloid music. Don’t know what Vocaloid music is? Check out my previous article “Vocaloid: What You Should Know!” to find out!

So Who Is the Producer of the Week?

Mitchie-M is one of the top and most well known Vocaloid producers within the Vocaloid community. They produce a majority of their music with Hatsune Miku as the vocalist. Mitchie-M is notable for two main reasons: the fact many of his songs have been performed live due to their quality, and his sheer skill at manipulating the Vocaloid program to make it sound exactly as he wishes. One of his most notable songs which are frequently performed live is “Freely Tomorrow”. This song is notable in the fact that not only does Miku have an extremely human-like timbre while singing, but Mitchie-M even included breaths between phrases! This is completely unnecessary since, you know, Miku’s virtual and all, but the fact Mitchie-M includes it simply shows how very skilled they are when it comes to using the Vocaloid system!

Mitchie-M’s skill isn’t only with the manipulation of the Vocaloid’s voice, however. The accompaniment to each song is expertly designed, with every beat imparting some kind of feeling or emotion into the listener. This is probably best exemplified in his song “AgeAge Again”, which has an extremely upbeat tempo in combination with a lovely melody that is sure to brighten any room! More recently, the songs “Assassin Princess”, “Seraphim On The Ring”, and “Mai Mai Mai” all tell a story in not only their (translated in this case) lyrics but through the very instrumentals! Additionally, as a minor bonus, Mitchie-M’s descriptions are often very straightforward and wholesome, making it almost comical. My favorite is that of “Seraphim On The Ring” where the entire description box reads: “I made a song about pro wrestling match which Miku and Rin (Cutie Angels) play against Meiko and Luka. The ringside commentator is KAITO. The referee is Len.” The fact such a high-profile producer can be so laid back to the point of being almost comical with their song descriptions is definitely a mark in Mitchie-M’s favor.

So that’s this week’s Vocaloid producer of the week! Be sure to check back next week for another exciting article on the wonderful world of Vocaloid, and if you want to listen to some, tune in to FM98.1 WQAQ on Thursdays at 4 P.M. to enjoy Vocaloid and Voices!