Vocaloid, What You Should Know! 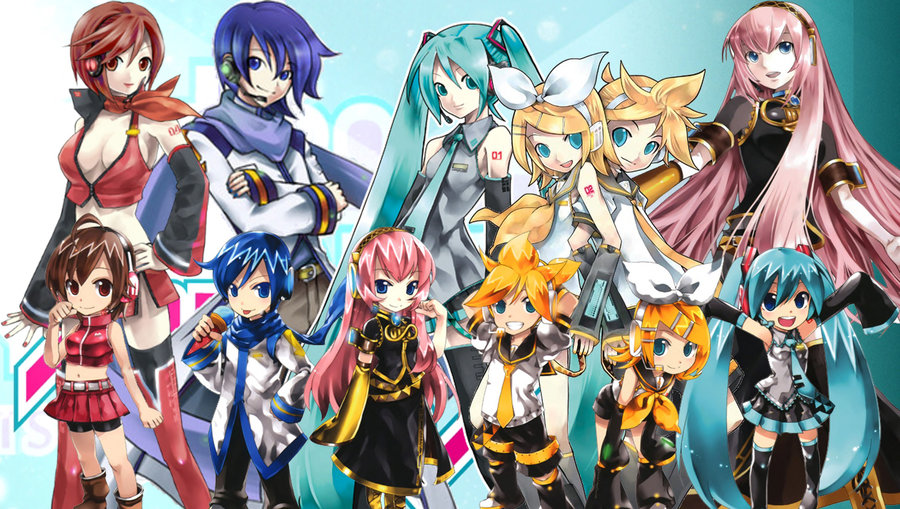 With a new semester comes new ideas and a refreshed outlook on the world, and that’s just what I did when it came to my show, formerly known as the Voice Variety Hour. What I found is it became less of a variety show, and more of me just playing a bunch of music from a genre I enjoy called “Vocaloid”. In seeing this, I decided to rebrand the show into something more focused around that, as it was the music I was the most passionate about. However, the difficulty comes with Vocaloid being a niche part of music that a majority of people hadn’t experienced, so I figured I’d take a little time to give you, our lovely readers at home, some context as to what Vocaloid is.

Vocaloid is a voice synthesizing program sold by Crypton Future Media. The program uses small voice samples to generate the voice of a character that the copy of the program you bought is associated with. Typically used for music in Japanese, talented people who use this program (typically called Vocaloid Producers, with their “names” usually punctuated by “-P”) are able to produce songs in English and even other languages! Each different “version” of the program typically sports an image of the character on the box, who represents the voice the program generates. These characters serve as simply an image for creators to project their visions of the characters on, with no “story” or “canon” about them, allowing the fans and creators to interpret who these characters are and how their music should sound. This allows Vocaloid to be more than just a subsection of the “J-Pop” genre, making it it’s own thing with producers making everything from J-Pop, to Rock, to even Metal!

Who are the Vocaloids?

With Crypton Future Media having been around for quite awhile now, there are a multitude of Vocaloids to choose from for your musical needs. The most popular and commonly used are the more traditional “anime-esc” vocaloids (due to their designs), such as Hastune Miku (pictured above), Rin and Len Kagamine, Megurine Luka, Kaito, and Meiko. However there are a multitude of other vocaloids to suit your needs such as Cyber Diva Athena (pictured left) who are designed to be more realistic.

But Vocaloid Is Only A Computer Thing Right?

Nope! Vocaloid (surprisingly enough) actually performs live! Thanks to technological innovations starting back in the late 2000s, a pseudo-hologram technology allows the concerts to be performed live! A stage is set up with live band members on the sides of the stage, with the center featuring a large screen in the back. This screen is made of a special material that when a special projector shoots through the back of it, it creates a hologram like effect. This allows the concerts to be performed live with the characters featured on Vocaloid boxes! Check out these links, featuring Miku Live from 2011 singing her signature song “The World Is Mine” and her singing the same song more recently in 2018! They typically perform in Japan but perform live across the United States every 2 years, with them actually performing this year! (I’ll be going to the show in May!!!!)

I hope this article has given you some great insight into the amazing phenomena of Vocaloid, and hope to see your tweets about #VocaloidNVoices every Thursday at 4 P.M.!